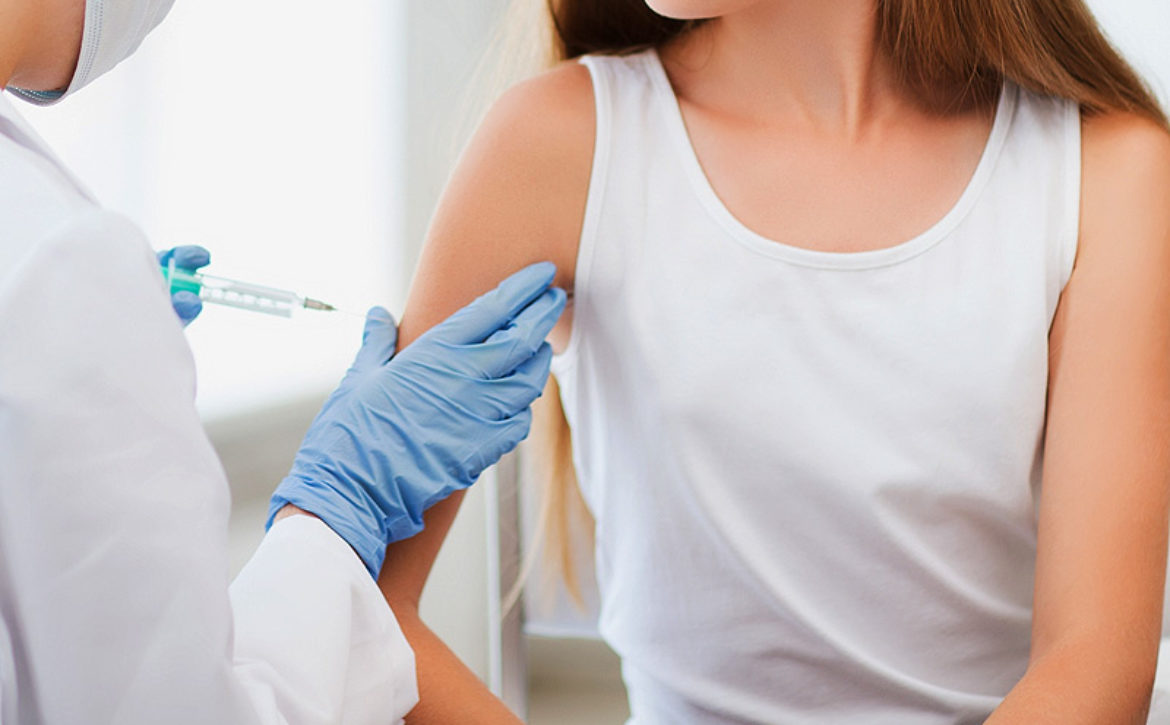 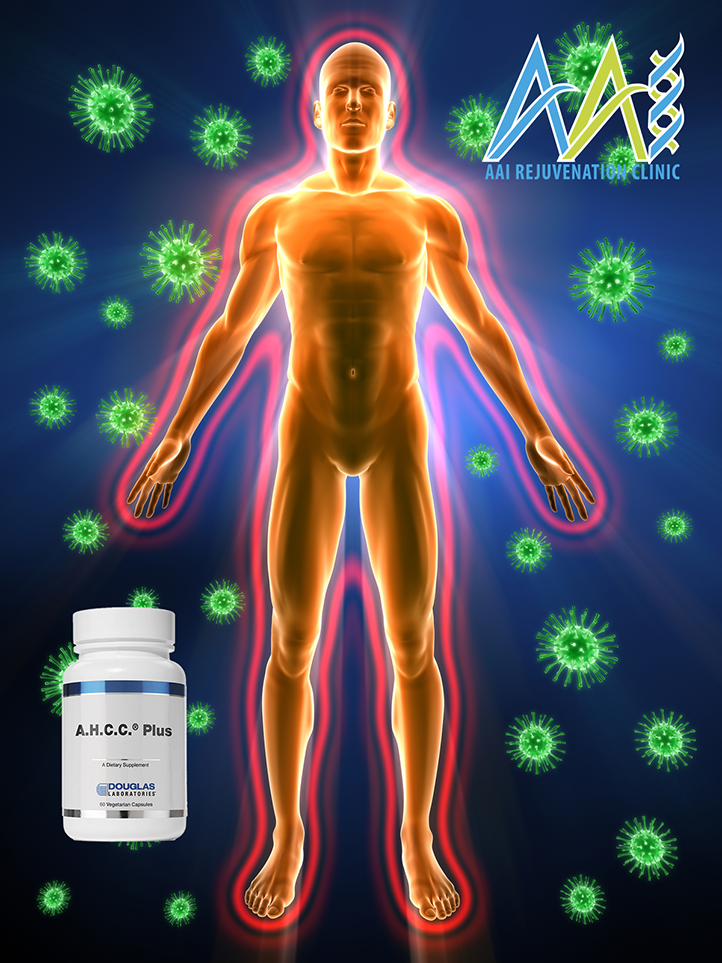 AHCC is arguably the most studied immune supplement on earth. There are hundreds of supporting research findings confirming its health benefiting potential. Yale Medical School finalized a study that showed some remarkable cancer-fighting properties in AHCC, specifically in the elderly. 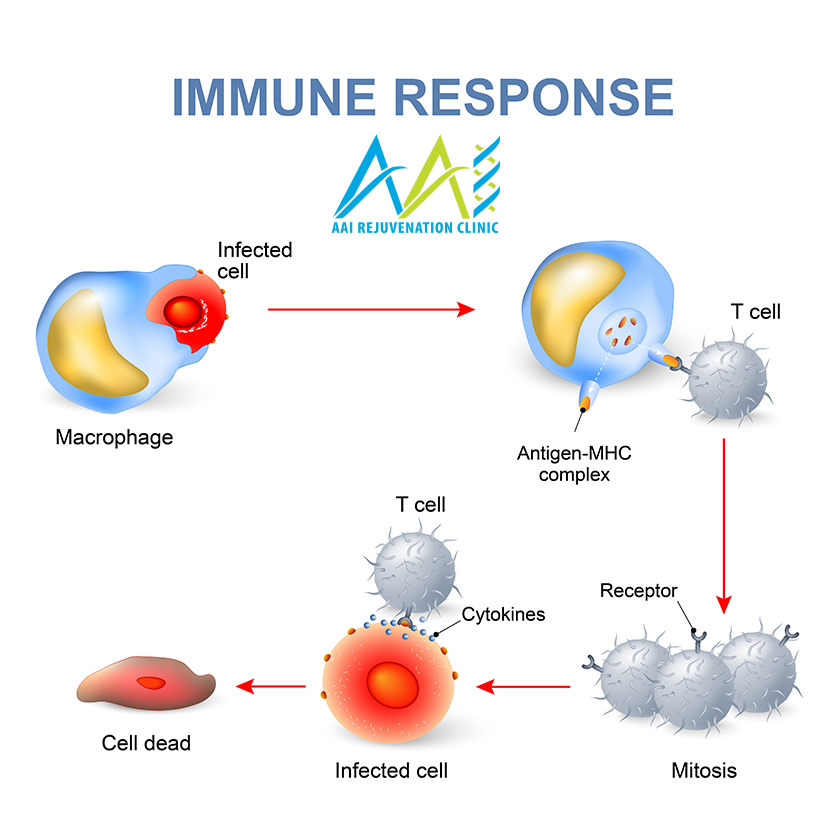 Natural Killer Cells: A white blood cell type that detects, locates, and destroys cells that are abnormal or infected. It does so by injecting granules into them, which makes them explode.

T Cells: Cells that recognize previous invaders and destroy them with a specific response.

AHCC’s ability to modulate the immune responses of so many viral and bacterial contaminations has made it an exceptional tool for natural healing. In a recent study, mice pretreated with AHCC before injection of the K. pneumonia showed the bacteria cleared from their system. However, the control mice’s bacteria levels increased, causing them to become very ill.

Data collected from over 100,000 patients treated for various types of cancer showed that 60% of them benefited from taking AHCC. Studies more specifically indicate that AHCC is particularly effective for the following type of cancers:

The Effects of Chemotherapy

Additionally, from assisting the body to combat cancer, AHCC has shown to aid many of the side effects associated with chemotherapy:

Hair loss: Doctors noticed patients taking AHCC, though on chemotherapy, did not lose their hair. Another in vivo study denoted that mice were given also experienced a protection against chemically induced hair loss.
Nausea: Trials in Japan indicated AHCC remarkably improved symptoms of nausea and vomiting in cancer patients.
Bone Marrow Suppression: Chemotherapy inhibits bone marrow function. Because White Blood Cells originate in bone marrow, this is life-threatening. AHCC has demonstrated to raise the WBC counts in cancer patients.

A prominent study took 269 patients with liver cancer and enrolled them. Following surgery, close to half of the patients took AHCC. The other half did not. The results were dramatic:

Dr. Fred Pescatore, of the Center for Integrative and complementary medicine in New York, also observed massive drops of viral loads in hepatitis C patients. In one case study, a 47-year old male had a viral load of 2,498,200 before decreased that to 499,600 after six months. An 80% reduction! 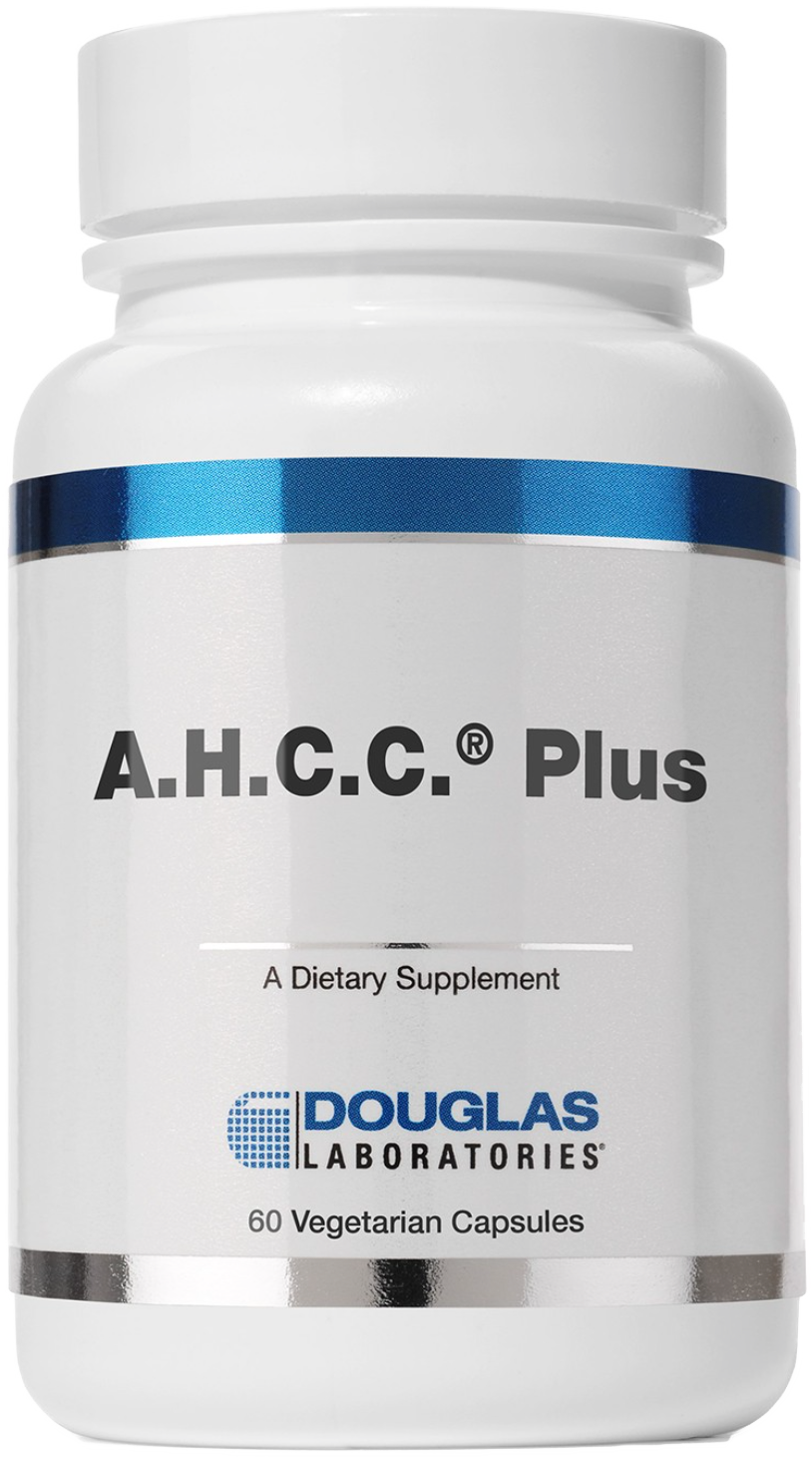 There is a great brand called Kinoko Platinum. It has 750mg per capsule. Our affiliation with Douglas Labs, the only biochemical organization in the country to have two ISO Certifications, which produce some of the most effective and bioavailable medication on the planet, have their own brand. It’s called A.H.C.C. ® Plus, and you can purchase this now by clicking here. (Contact us for $10 off) 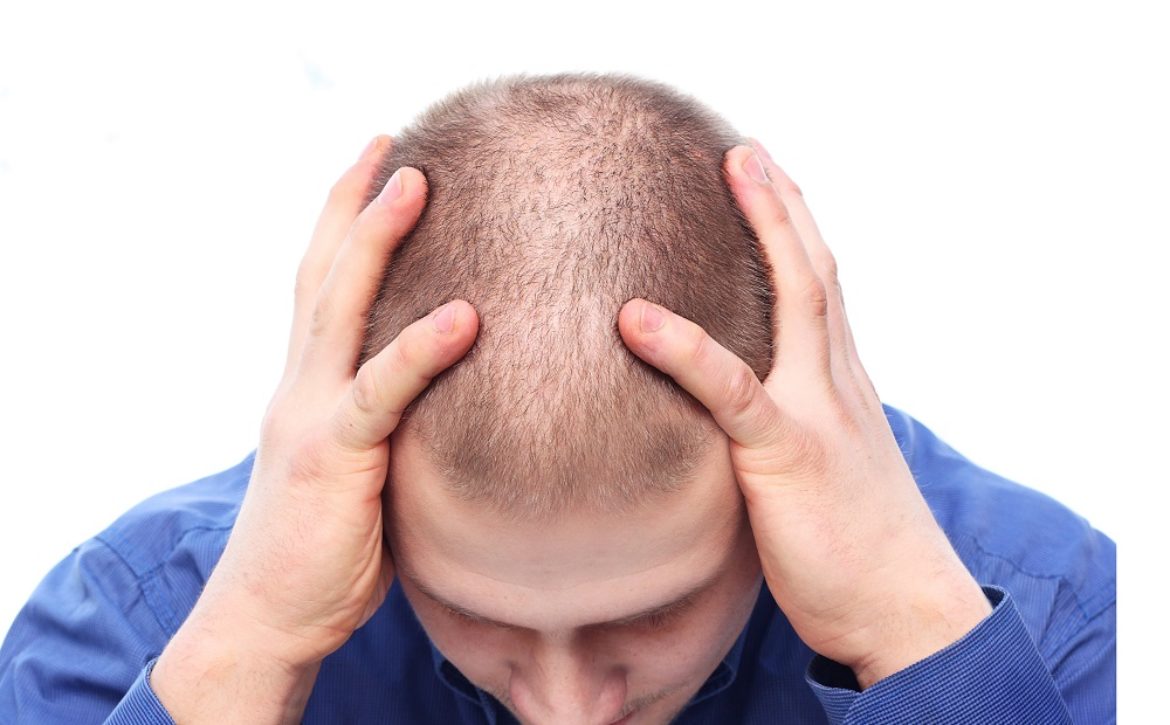 How Hormone can Help with Hair Loss and DHT 5 (5)

How Hormone can Help with Hair Loss and DHT

If you are reading this passage its most likely because you’re interested in understanding the association between Testosterone injections therapy and hair loss. Male pattern baldness affects up to 70% of men and 40% of women. Hair loss is caused by hormones and certain genes.

Arguments exist that theorize an increase in testosterone directly contributes to male pattern hair loss. The theory is that testosterone, when combined with enzyme 5-alpha reductase, makes DHT. DHT affects genetically predisposed hair follicles on the scalp. As a result, weaker hair is produced. If this condition remains untreated, eventually no hair is produced. However, there is no concrete evidence that additional testosterone means more DHT resulting in hair loss. 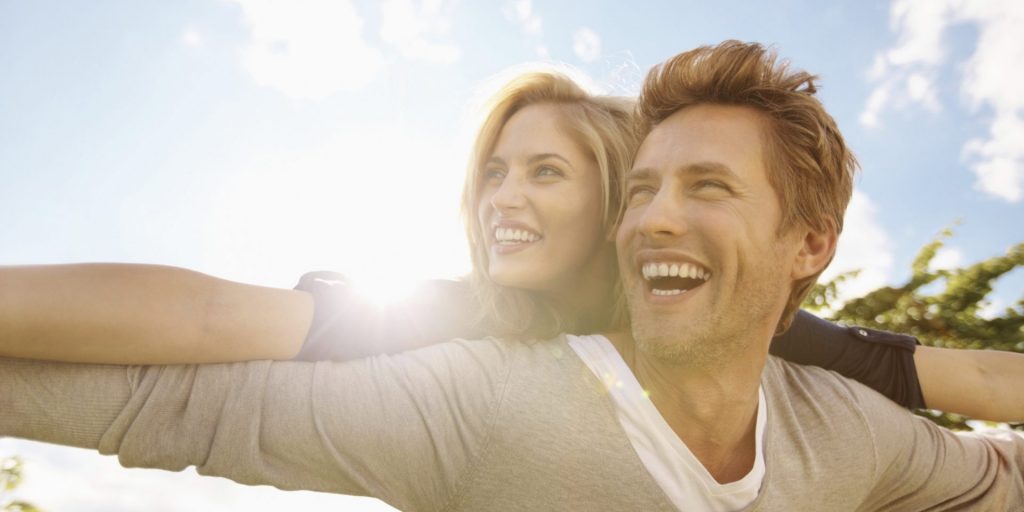 There have been no conclusive clinical studies that link testosterone injections treatment to hair loss. Nevertheless, there is no shortage of bloggers that post unsubstantiated evidence about experiencing hair loss immediately after beginning a testosterone replacement protocol. Some patients may experience short-term hair loss, which is possibly a result of your system being shocked from beginning treatment.

Hair is extremely sensitive to internal body changes, and this could possibly result in the hairs entering the resting stage of their cycle earlier than normal. However, if the hair loss is a result alopecia areata, the hair should regrow after a few months when the body has adjusted to the treatment. Conversely, if the onset of male pattern baldness has begun, this form of hair loss will continue unless treated.

Upon administering testosterone to the body, many physiological manifestations occur. The majority of them are positive and the reason we undergo this effective form of treatment. On the other hand, there are also negative side-effects that result from testosterone treatment. This is the reason AAI Rejuvenation Clinic stresses it is of the utmost importance that your programs and therapies be supervised by an age-management, qualified physician, and specialist.

Increasing your testosterone levels via testosterone replacement therapy must be accompanied by several supplementing pharmaceuticals that will be prescribed in tandem with your testosterone therapy by AAI’s physician. This individualized protocol will help ensure we keep all the negative side effects at bay.

Let’s return to the topic of hair loss. Generally speaking, if you are not genetically predisposed to male pattern baldness, you will most likely experience a successful testosterone replacement program without this disrupting side effect. Most men are able to reap the benefits that stem from undergoing a physician organized, prescribed and supervised testosterone replacement program.

It is important to note that if you are genetically predisposed to thinning hair or hair loss it will naturally occur as you age because it is part of your DNA. Please note, sometimes commencement of therapy coincides with the natural aging process. Therefore, the onset of pattern baldness is not directly linked to testosterone therapy, but to aging. Regardless, there is no shortage of sites and forums claiming that higher testosterone levels in the blood coincide with balding. This misinformation is being posted by men convinced that their hair loss occurred when they began their testosterone replacement program.

At AAI Rejuvenation Clinic, we advise anyone to think seriously about beginning Hormone treatment if there is no medical need for it. However, we will take every precaution to ensure that you read all the positive benefits from your program by providing the latest at-home hormonal mouth-swab testing. This will ensure we are continually monitoring your progress and aware of any negative side effects. Fill out the Medical History Form or call us at (866) 224-5698